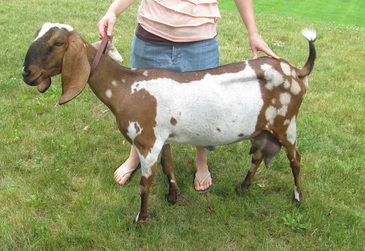 Llama is a large, gorgeous Nubian doe who came to us from Fiddle Faddle Farms in June of 2016.  She comes from mostly Lynnhaven lines with a touch of Starfire and some old dairy herds.  Unfortunately, there was an issue with her dam's paperwork, which is why she is registered as a grade.  She is, however, 100% Nubian.  Her dam, Luna, milked over a gallon and half a day at her peak!  Luna won the 2017 PA farm show in the grade Nubian division.

Llama gave birth to twins in 2016 (before we owned her) and peaked at a gallon a day.  Her udder is buttery soft with great teats for hand-milking.  She was shown by Fiddle Faddle Farms in 2015, and won her age class several times and held her own against older kids in junior line ups.

​The story behind her name is this - her breeder, Sarah, had a son who liked to hold her ears up and yell, "Llama!"  (see photo below)  Somehow the name stuck.  We thought we would change it, but our children enjoyed calling her "Llama, Llama" so much that it has just stayed!

Llama is hands-down my favorite goat in the barn - she's gentle, intelligent and just gorgeous.  She freshened with a single doe in 2017, twins in 2018, a singleton in 2021, and twins in 2022.  She has had beautiful, spotted kids for us.  Her production is consisently a gallon a day, and her milk is delicious!
Details on Llama
Birth Date: April 13, 2015 (one of twins)
Breed: 50% Registered grade Nubian 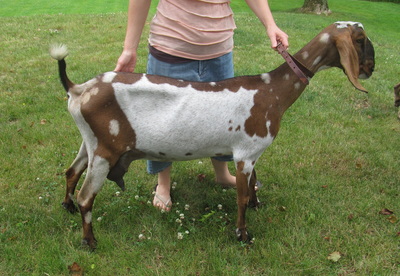 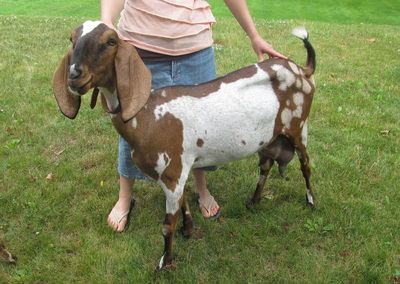 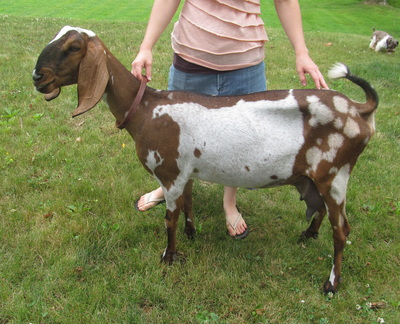 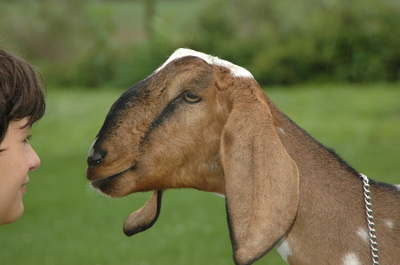 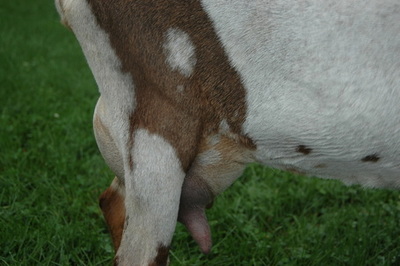 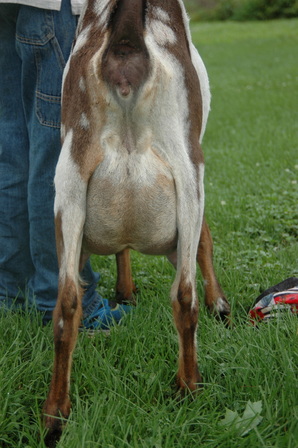 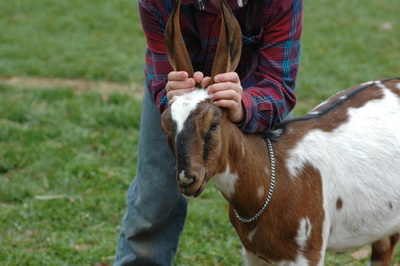 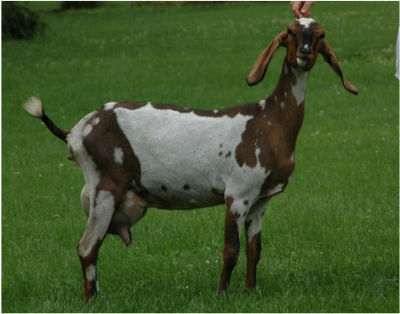 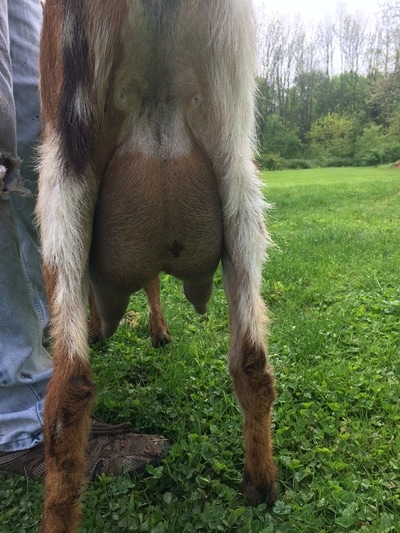 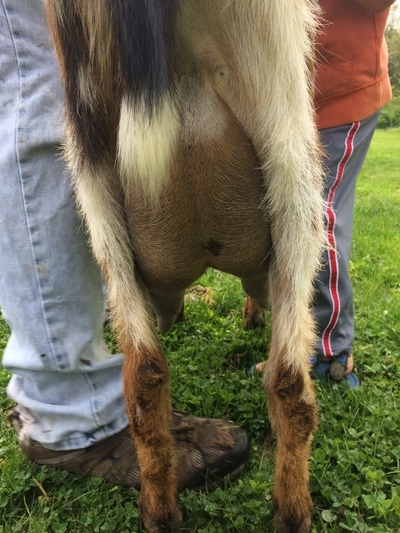 Luna is 100% Nubian, but there was problem with her paperwork.  You can read all about her on Fiddle Faddle's Farm's senior doe page.  Here are some photos of her and her udder.  She produced 13lbs of milk (over a gallon and half) at her peak!  She appraised at 86VEE+. 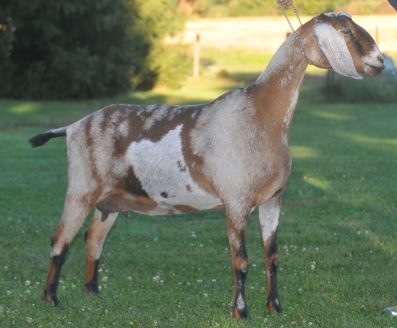 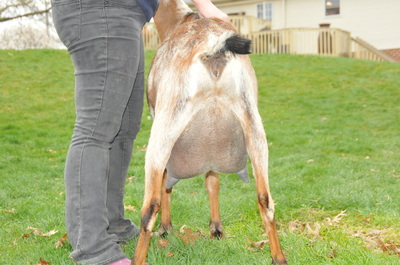